Making a Virtual Tour – How it works

Making a Virtual Tour – How it works

Making a virtual Tour from a series of photographs is a pretty complex job, using various techniques and different software packages to achieve the end result.

First off, you need to shoot the scene. Each scene (or spin as its known) is a series of 12 photographs. Four 90 degree angle shots of 3 bracketed photos are taken. Standard exposure and +2 and a -2 EV.

Each of the three shots of each 90 degree angle are blended together, capturing the highlights and shadows of all three photos – ensuring the final blended image contains all the correct lightness and dark points.

You can now see each 90 degree shot, which have been merged from the 3 separate shots, and you can see there is an overlap in each image. This overlap is what will help with the stitching stage which comes next, to know where to join each picture together. 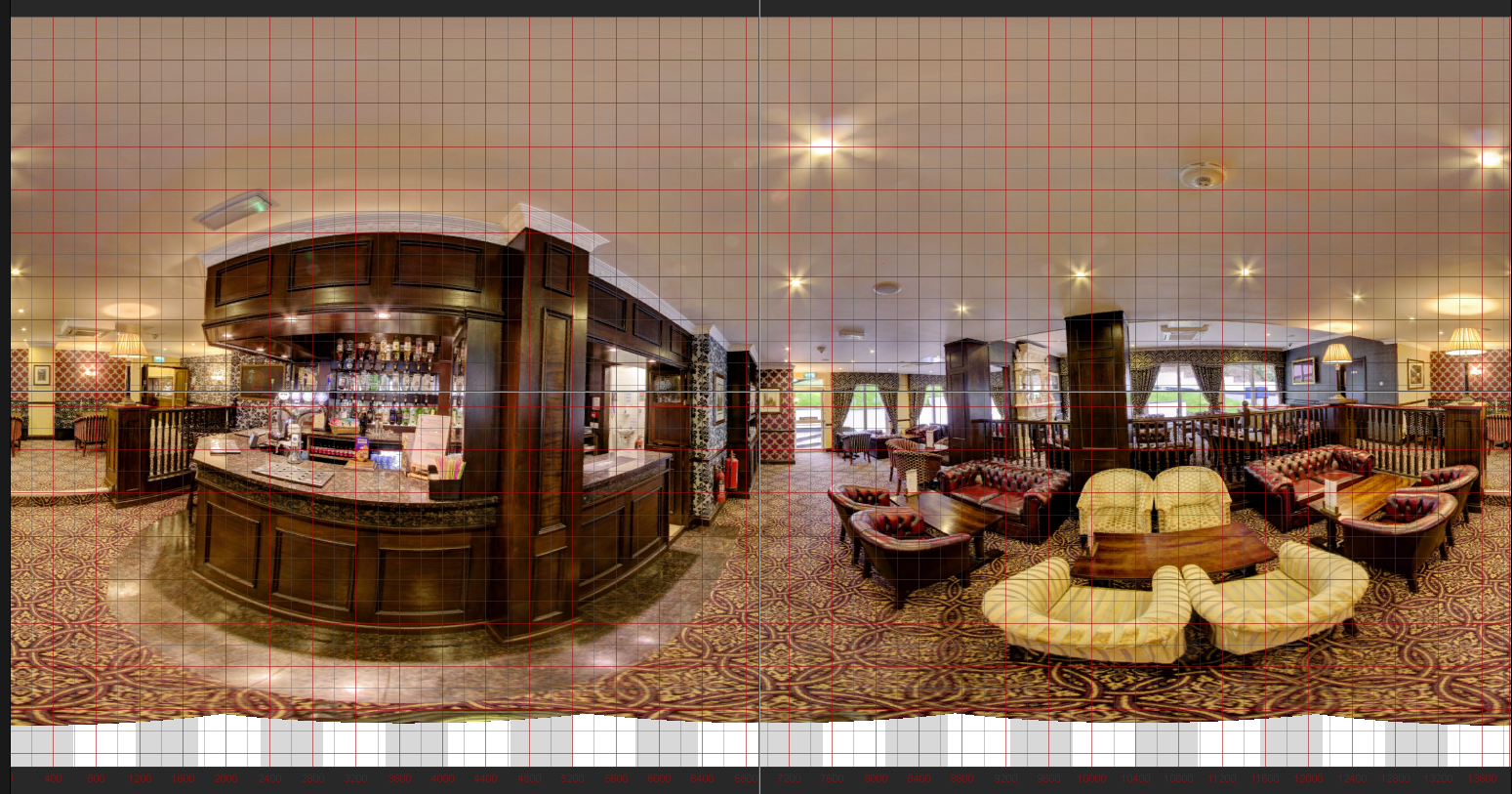 As the tripod was not entirely level for the above shot, you can see the verticals are slightly off, so using the stitching software, we can vertically align them giving this result:

Now we’re happy with the alignment, we export the image to edit in Photoshop. This will be to colour correct, edit any stitching glitches (they don’t always line up!!) and to fix the nadir – the bit at the bottom where the tripod is. I purposely point the lens slightly upward to cut out the tripod area – and to ensure there is enough ceiling above to make sure there’s no gaps there – especially noticeable in tiled ceilings or ceiling lights. This would need lots more photoshop work otherwise. 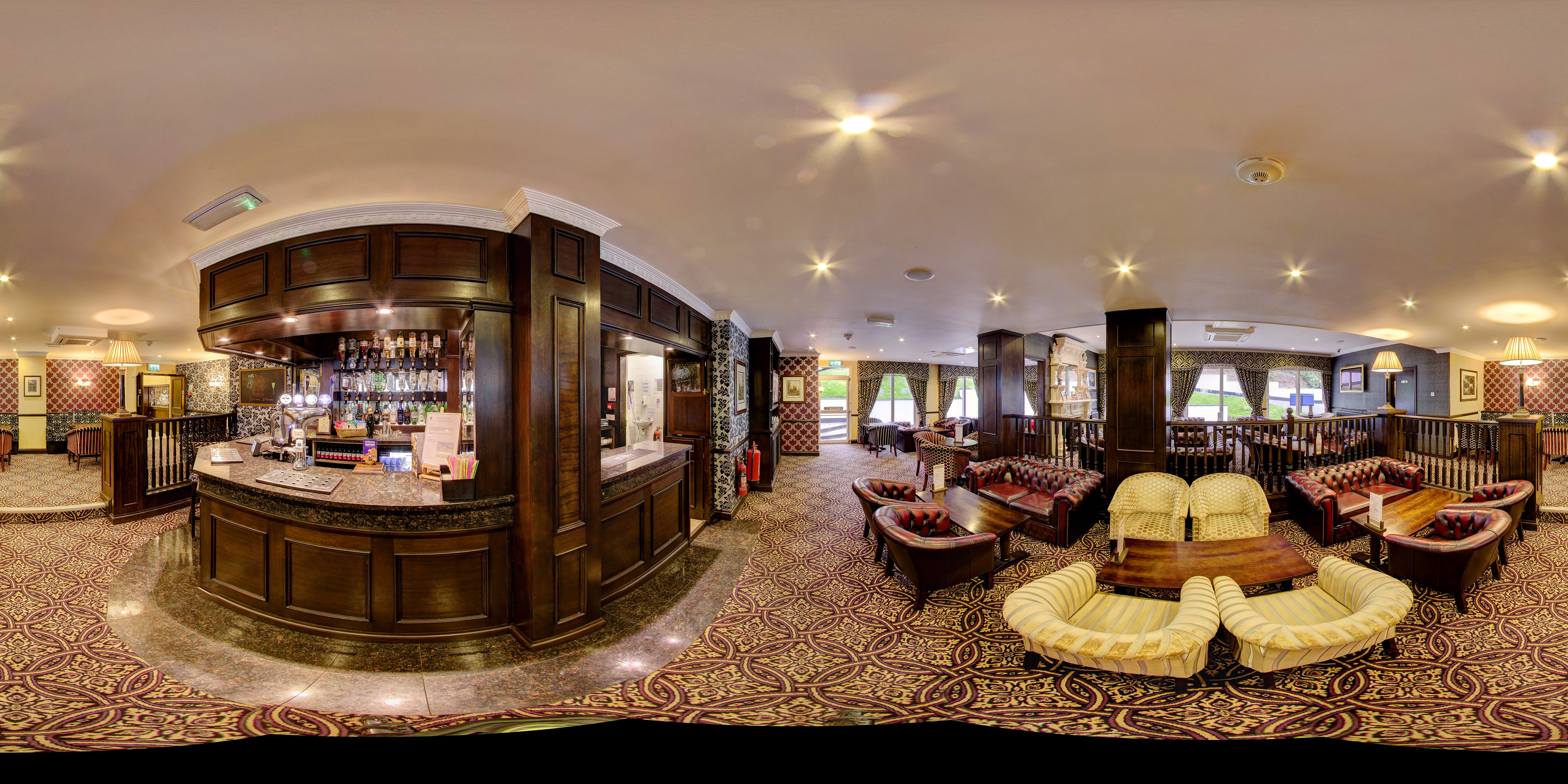 The above picture has been rendered to high quality, and has been dropped into photoshop. I have not done any colour correcting or white balance for the purpose of this demo. You can also see dirt on the lens refracting light from the overhead lights. I usually clean the lens before and during a shoot – but this was a quick and dirty example. A 5 minute clean up in photoshop would also solve this. 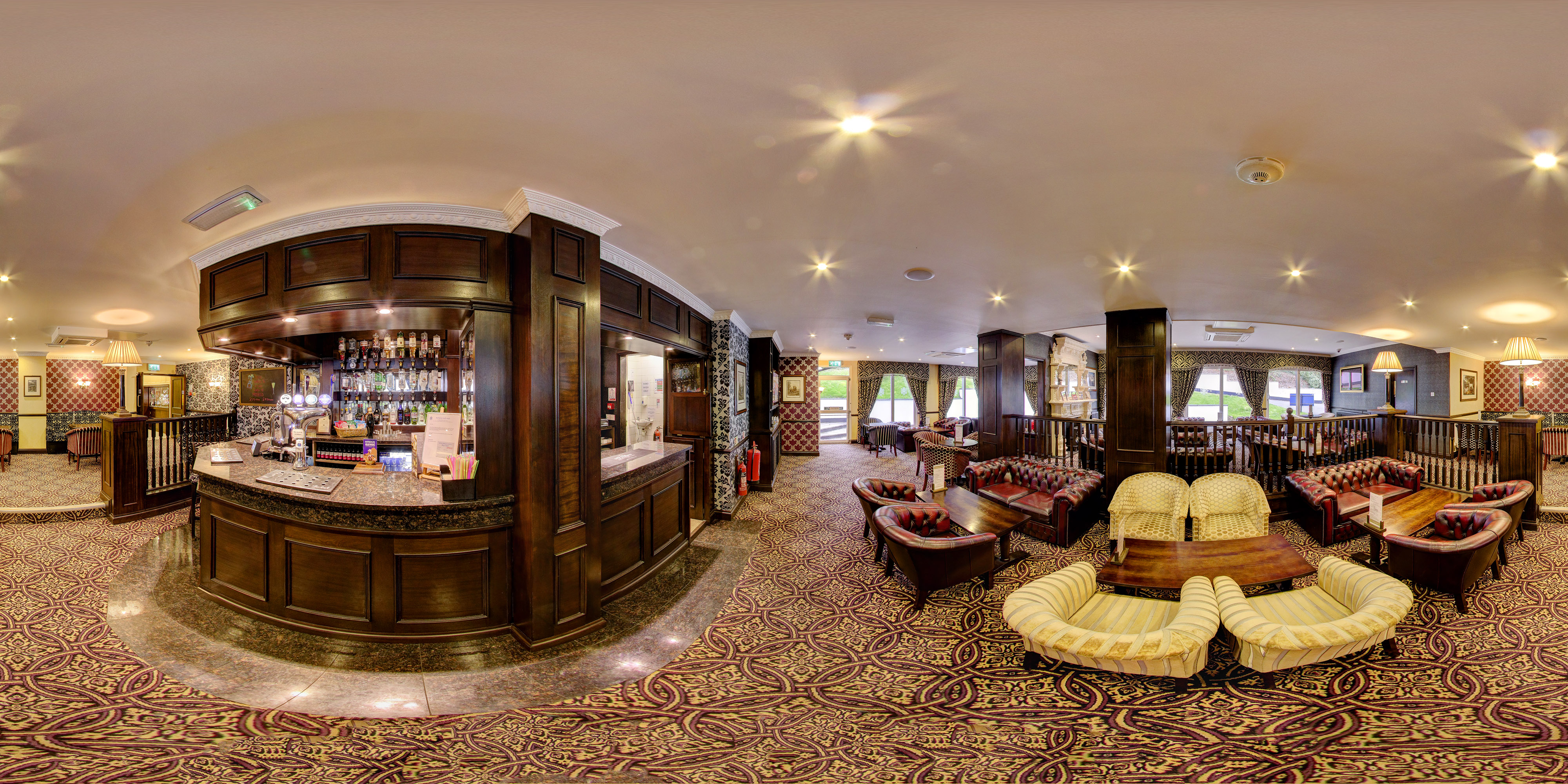 A really quick fill in the bottom to cover the nadir has now been applied.

Once the above is done, I make a quick tour  to enable the image to been seen as a spherical image that the client can look at and make any comments for editing. To see the image above (and a second one taken at the end of the bar) click here. I have also added clickable points to enable you to jump from one image to the other.

Once the images have been approved, the images are uploaded to Google, to start the process of mapping and aligning the images into a tour. Depending on the size of the tour, this can take a couple of hours to a couple of days for  larger tours.

There are two methods to add images to Google. The first is with the Google Street View Editor – a professional mapping system to lay out the images – done via the computer. On Google maps, a single orange circle shows a tour all-in-one. The second option is via the Google app on the iPad, and is reflected with multiple blue dots. I have uploaded the 2 images to Google, only one dot is showing at the time of this screen grab – the other will follow very shortly.

The added benefit of adding images to Google – it also reflects across Googles other assets – Google Earth, Google Maps, Google Street View AND Google Search – You can see their image has been replaced or added using my photo – and clicking it takes you straight to the Google tour image! 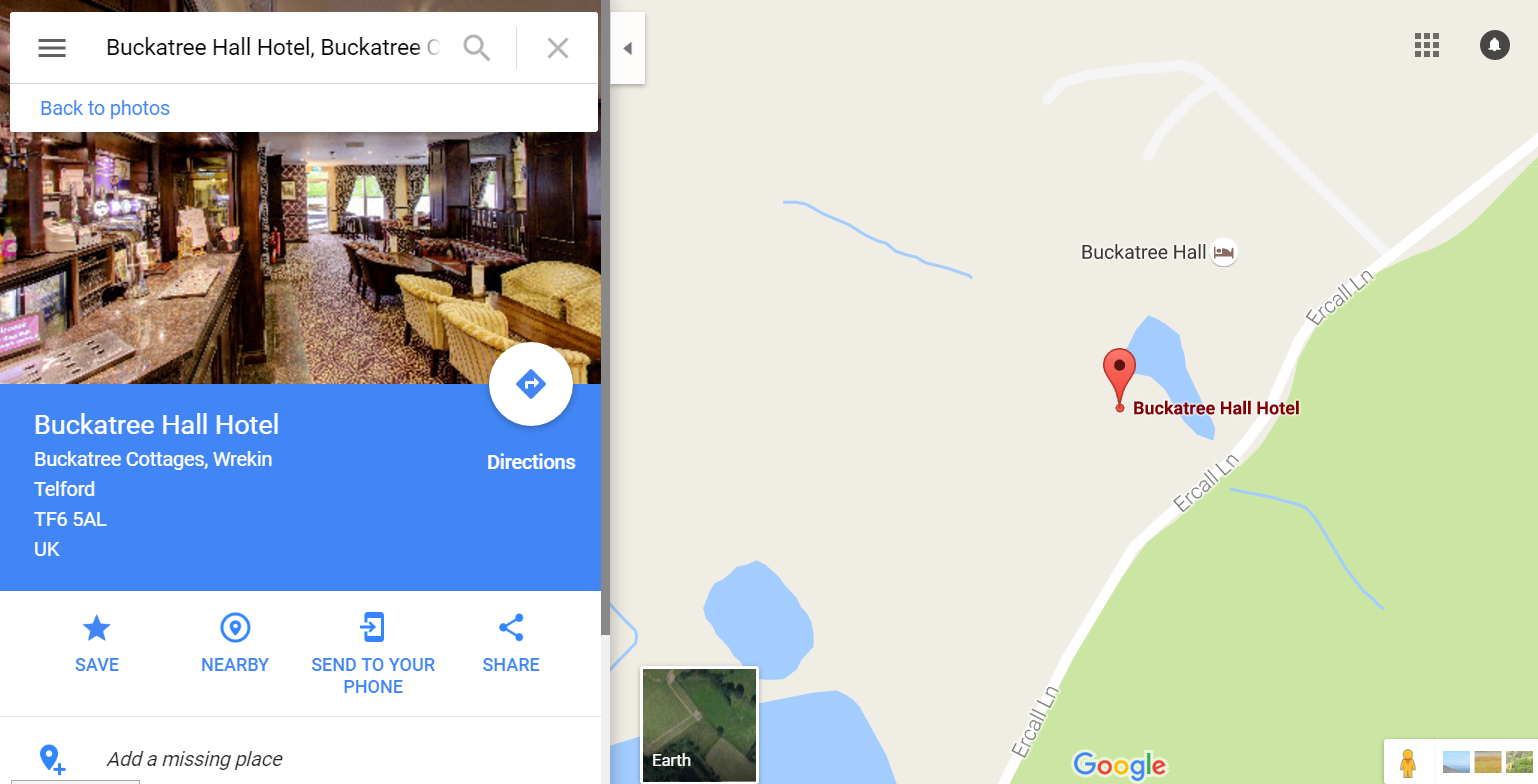 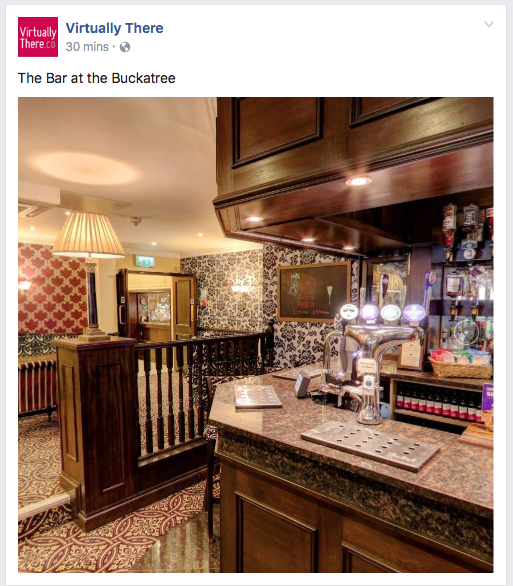 Recently, Facebook allowed the uploading of single Panoramic Images – not tours, just a single image. The novelty factor, and huge user-base facebook has, enables the images to be seen and shared by a huge amount of people. I have found several of my shots have had at least 10 times more views & shares than normal static photos – and the really popular ones have gone mini-viral.

On your computer you can use your mouse to spin around and zoom in, and on a tablet, if you have a gyroscope built in, you can move the tablet to look around!

To find out more information – or to book your Google Tour – please contact us :)